Our company was founded in 1991 in Pawłowice, initially offering customs agency services. In the following years, the network of our branches providing these services was already the largest in the country. The next years brought a gradual expansion with new services – forwarding (including by rail and sea) and transport. They were supplemented with warehousing and later logistics services, which was just a logical consequence.

In 2016, the founder and first president of JAS-FBG S.A., Wiesław Hanczarek, was commemorated when a street in Warszowice, where the logistics center built by us in 2013 is located, was named after him.

Outline of our company development:

start of JAS-FBG S.A. business as a customs agency

expanding the scope of services by road forwarding

expanding the scope of services by rail and sea forwarding

obtaining quality certificate according to ISO 9001

taking over 80% shares in Transbud-Katowice S.A.

expanding the scope of services by air freight forwarding

implementation of monitoring shipments by means of barcodes

completion of construction of our own logistic centre in Warszowice

completion of construction of our own logistic centre in Słupsk 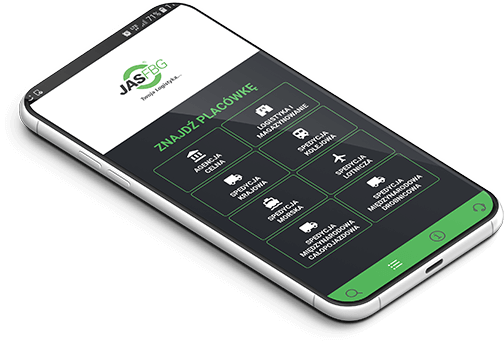